SAN DIEGO – 02 September 2016 – General Atomics (GA) said farewell to a team of ten summer interns who completed the prestigious Science Undergraduate Laboratory Internship (SULI) program sponsored by the U.S. Department of Energy (DOE), and thanked them for their diligence and ingenuity as they worked in GA's laboratories. With the goal of harnessing the same power as produced by the sun and overcoming the challenges of bringing this power to Earth, these interns contributed to the advancement of fusion – a safe, non-carbon emitting and virtually limitless energy source.

"It's been an all-around fantastic experience – I've learned more in my ten weeks at GA than I have in an entire semester at school, and I love school, so that says a lot. I especially admire the passion of the people at GA – the way they collaborate to advance the science of fusion energy," said Ryan Chaban, one of GA's interns, a rising senior at Case Western University in Cleveland. "My experience here has made me eager to see the impact that fusion science and technology will have on our civilization in my lifetime."

Chaban and his nine fellow interns carry on a 25-year tradition of internships in fusion and plasma physics at GA. The program has been successful – turning multiple generations of interns into physicists and nuclear engineers. Many of these researchers then go on to mentor the next generation of leaders in scientific discovery. 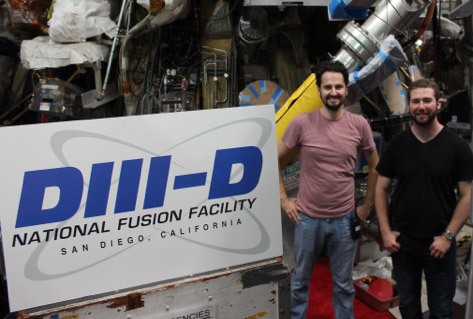 The SULI program – made possible through the DOE's Office of Science – allows students to work on experiments at both GA's Inertial Fusion Technologies program and the DIII-D National Fusion Facility, the nation's largest magnetic fusion energy facility.

"The majority of the students who have done summer internships here have gone onto careers in science and engineering, and many of those have continued to work in the field of energy research," said GA physicist Dr. Robert Pinsker, who manages the program. "As the students consider going onto graduate school, they do so with a better understanding of plasma physics and fusion. Even though most undergraduate curricula don't include much in these areas, the topics are important, because almost all of the visible matter in the universe is in the plasma state, including the sun and the stars. The long-term goal of the more than 60-year-old international effort to develop controlled fusion on earth is to find a new safe, emission-free, virtually inexhaustible energy source to power the future global economy."

GA's 2016 interns come from coast to coast – from Stanford to the Massachusetts Institute of Technology. They represent institutions from Alabama, Illinois, Ohio, Pennsylvania, South Dakota, and Texas.

Cami Collins, a former fusion intern at GA, knew since the age of 10 that she wanted to be a fusion scientist.

"As a small-town Montana girl, I had no idea how to turn my dream into reality. All I knew was that I wanted to work on fusion ever since reading about it in my 5th-grade science book," said Dr. Collins. "Now, 10 years after first walking through GA's doors, I'm a physicist at the company I once served as an intern – it's a fantastic feeling, a full-circle if you will."

The GA-SULI internship allows students to perform research with their mentors and produce results that may be presented at scientific conferences across the country. 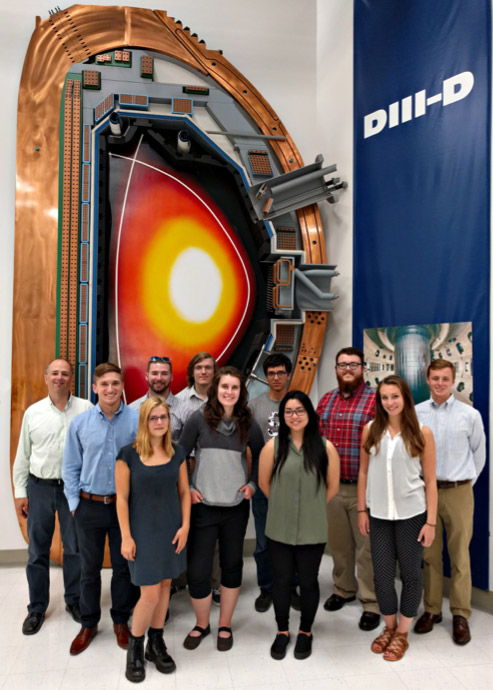 About the GA-SULI Internship Program

The program is one part of the long-standing commitment GA has made to science, technology, engineering and mathematics (STEM) education – both nationally and in the San Diego region. In the energy science area alone, GA's educational programs have reached tens-of-thousands of individuals since 1993 – with GA's experts raising awareness through hands-on demonstrations with school children, college students, and the public about the promise of fusion as a new source of clean energy and the world-changing scientific spinoffs from the research. This includes MRI medical diagnostics and semi-conductor innovations in the electronics industry. GA-Energy outreach includes partnerships in higher education, including the Center for Energy Research at University of California-San Diego (UCSD).