Magnetic fusion research at GA has led to vital scientific discoveries as well as spinoff technologies that have advanced the state of the art in medical diagnostics, transportation, semiconductors, electronics, and defense applications. GA operates the DIII-D National Fusion Facility, the largest magnetic fusion research facility operating in the U.S., for the Department of Energy. GA is also a key partner in ITER — one of the largest scientific programs in history — which seeks to demonstrate the scientific and technological feasibility of fusion power, a potentially limitless source of clean energy. From these initiatives, GA has developed a comprehensive portfolio of fusion and magnet technologies and services that it provides to both public- and private-sector clients. 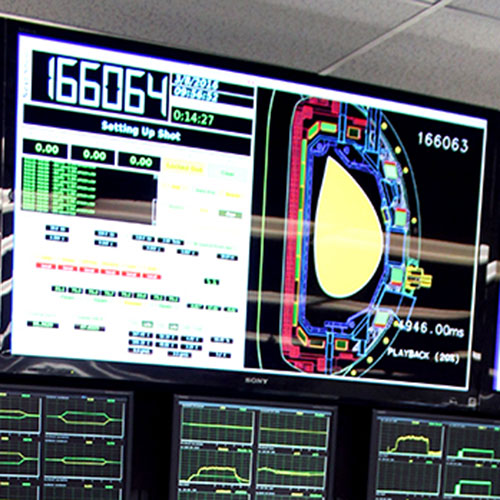 GA supplies design resources, technologies, and integrated systems for control of magnetic fusion plasmas, to government and private laboratories worldwide. GA has adapted and deployed its DIII-D Plasma Control System at more than a dozen toroidal magnetic confinement facilities including NSTX, Pegasus, and MST in the United States, and EAST, KSTAR, KTX, and MAST in Asia and Europe.